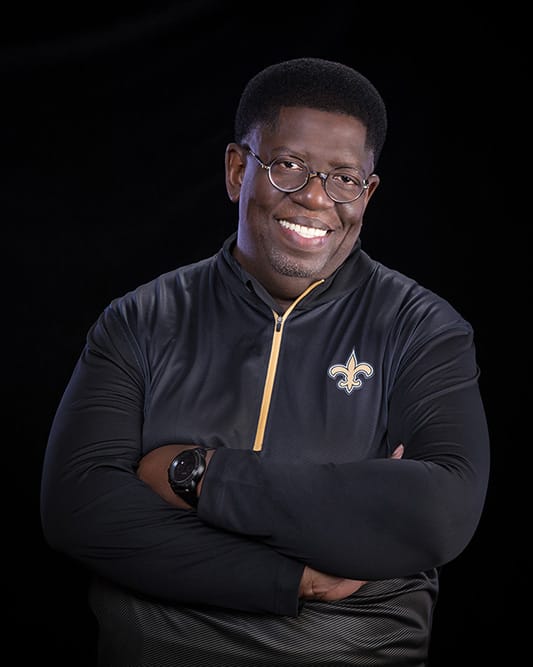 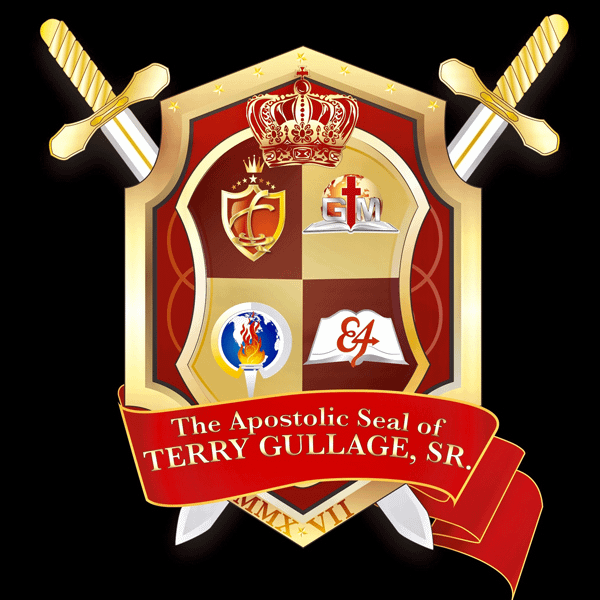 Terry Gullage, Sr., Apostle and Senior Pastor,  was born in New Orleans, Louisiana on September 14, 1963. He is the ninth child of twelve children born to Mr. and Mrs. Phillip Gullage, Sr. He is married to First Lady Cassandra Calhoun Gullage and is the father of two sons, Sedrick and Terry Jr. and two loving grandchildren. At the age of seven, he was baptized at the Canaan Baptist Church in Killona, Louisiana. During 70’s, the Gullage family relocated to Avondale, Louisiana, and joined the Second St. John Baptist Church.

At a young age, he exemplified a special talent in music and as he matured his interests broadened to the piano and he began leading and preparing others for ministry by way of music. At the age of fifteen, God instructed him to organize the Avondale Community Choir. This group traveled throughout the United States lifting up the Name of Jesus.  The Avondale Community Choir was known for their musical excellence while ministering with the anointing of Holy Spirit. While leading the Avondale Community Choir, his leadership abilities along with his gift to write, arrange, and direct music were even more evident.

He was educated in the Jefferson Parish School System and graduated from John Ehret High School. Then, he went on to receive a scholarship in Fine Arts and attended Delgado Community College, Xavier University and the New Orleans Baptist Theological Seminary. He is also a PEASI graduate from the Hilliard Vocational Bible Institute in Houston, Texas.

In 2002, he became the Senior Pastor and Teacher of the Mount Calvary International Worship Center in Marrero, Louisiana, a suburb of metropolitan New Orleans. Under his leadership the church embraces the assignment of apostolic influence in the earth and is currently made up of approximately 2000 disciples of Jesus Christ.

He is currently an active member of the Association of Independent Ministries based out of Houston, Texas.

In 2014, he accepted an invitation from Pete Sumrall of Lesea Tours to travel to Israel and take on the responsibility of teaching and leading tours to the Land of the bible in the role of a tour pastor in the Land of Israel. Since then he has now become an official host for tours to Israel as a tour partner with (IGT) Israel Group Travel, one the Nation of Israel’s leading tour hosting companies with over fifty years of experience.

In 2015, God called and charged him to embrace the assignment to emphasize the Apostolic relevance in the present-day church.

Apostle Gullage serves as an Apostolic covering to a total of 17 senior pastors throughout the US and South Africa.

In June 2017, he was publicly affirmed to the assignment of the apostolic work of the Lord’s church and embraces the title of Apostle for the ministry assignment on his life.

Apostle and Senior pastor Terry Gullage, Sr. is one of God’s Chosen Vessels that is making an impact in this generation.